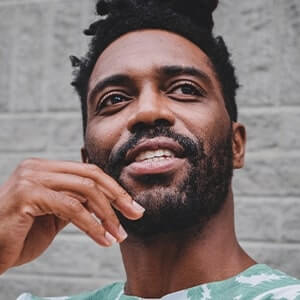 Shaka King is an emergent, auteur filmmaker with a body of work that spans the film and television arenas. King is the director, co-writer and producer behind the highly-anticipated feature, JUDAS AND THE BLACK MESSIAH, starring Lakeith Stanfield and Daniel Kaluuya. The film, which marks his studio feature directorial debut, centers on Illinois Black Panther Party Chairman Fred Hampton and his fateful betrayal by FBI informant William O’Neal. In 2020, King was recognized as one of Variety’s 10 Screenwriters to Watch in conjunction with his work on the film.

For television, King directed multiple episodes of SHRILL for Hulu, and before that, was a writer and co-director on RANDOM ACTS OF FLYNESS for HBO. Previously, he directed multiple episodes of PEOPLE OF EARTH for TBS, as well as HIGH MAINTENANCE for HBO. He is the writer and director who won the coveted “Someone to Watch” honor at the Independent Spirit Awards on behalf of his feature directorial debut, NEWLYWEEDS, which premiered at Sundance in 2013. King currently resides in New York.