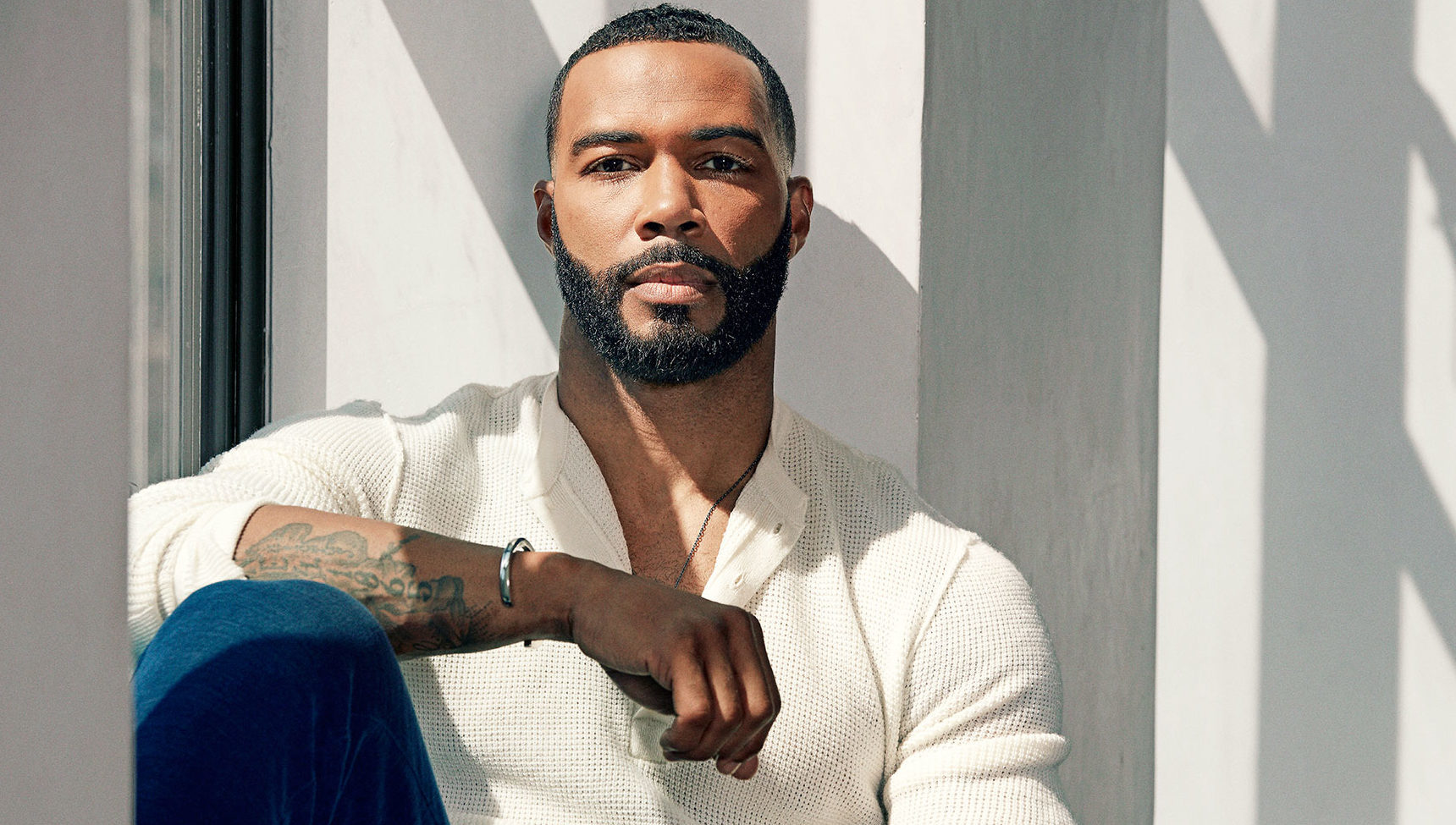 Executive produced by Curtis “50 Cent” Jackson and created by Courtney Kemp Agboh, Starz’ gritty drama, Power, is set to premiere season two this June. Starring Naturi Naughton who joins lead with Omari Hardwick as power couple Mr. and Mrs. St. Patrick, some say Power has something to prove after the unprecedented success of Lee Daniels’ Empire.

Truth be told, there are large differences between Fox Network’s Empire, and Starz’Power, one of which is that Empire airs on network TV while Power is showcased in the late hours of cable TV. Power shoots in New York City and sometimes Miami for season two. During season one, each episode averaged close to five million viewers – and the sex scenes are real.

We asked Omari Hardwick to answer a few questions about himself and his character “Ghost” as we head into the summer and season two of Power.

monarch magazine: How many years have you been in the business?

OMARI HARDWICK: I have been in the business a whopping 12 years.

monarch magazine: You’ve played many supporting roles (BET’s Being Mary Jane, Spike Lee’s Sucker Free City, and more mainstream films such as Gridiron Gang and The A-Team). How is being the leading man different?

OMARI HARDWICK: Well the irony is, as a supporting actor there were times that my hours on set combined with natural leader bones and years as an athlete made me feel I was the lead. I will forever honor everyone from Tom Everett Scott to Dylan McDermott and Gabrielle Union in television for allowing me the space to grow into what I feel is a natural seat for me. That of lead. I feel equally indebted to Kevin Costner, Cuba Gooding, Wood Harris, and Nicholas Cage for the same in film. Supporting these actors, I had the luxury of working my craft and telling the story from my position without the responsibility of the quarterback. I could just run with the ball and help the team score. The lead for me means taking care of not only the needs of my cast, but also the crew and the producers daily.

monarch magazine: Do you watch Empire? What are the similarities? What are the obvious differences between the St. Patrick family and the Lyon family?

OMARI HARDWICK: I have yet to catch up on any television (refer to question 2; wink wink), but I did catch the pilot of Empire. I think they are very different shows from what I have seen. The average viewer matches the perspective of the world at large, and has a tendency and this need to box and categorize people, places, occurrences and even forms of art that have perhaps a similar aura. That similarity in these two shows begins and ends with “families” having made something special out of nothing. And the music of both shows serves as a character, with their show obviously making it a bigger character.

monarch magazine: Is music important to you? If so, how is music integrated into your daily life?

OMARI HARDWICK: Music is as important to me as the gym, apples, old cars and motorcycles. It is part of my family. I was raised on music as my father and mother made it a huge part of our everyday existence. My siblings and I all love it. My younger brother and I and friends were in a break dancing group (laughs). And as much as I love hip-hop naturally, I equally love all genres of music and use it as much as anything else to bury myself into the characters I have been blessed to bring to life. What is perhaps most unknown about me is that I am a songwriter. As you pointed out, most at this point are aware of the fact that I am a poet, but most are unaware of the songwriting. I have written with artists such as Eric Roberson, Estelle, Goapele, Luke James, Full Force, Malcolm Jamal Warner, Big Daddy Kane and Marcus Carter. These experiences were as full for me as any as a thespian.

monarch magazine: What are you listening to now?

OMARI HARDWICK: To answer this question I opened my phone to look at my playlist and what popped up was Elmo. So, um … I reckon I must start with Elmo. Outside of listening to a 2-foot-tall bright-red furry “monster,” I have been listening to Lower Dens. I really like that kid Taylor John Williams from The Voice – real interested in what happens with his career. I have found myself recently also rocking old Outkast, old Slick Rick, old Jeezy, old T.I., Jay-Z’s Reasonable Doubt, a lot of Kendrick Lamar’s and J. Cole’s latest albums, Kings of Leon, Julie Fowlis, Estelle’s and Goapele’s latest albums, and Amy Winehouse. I miss her a lot lately. I eternally miss Tupac. Don’t know where I would be without music. I am sure, in fact, that me and Courtney Kemp Agboh’s (our show’s creator) deep love of music is why Curtis “50 cent” Jackson really saw us. Music lovers know music lovers. Like anything … it’s in the eyes. And the ears (smiles).

monarch magazine: What drives you as an actor? Unlike music, acting is naturally unforgiving?

OMARI HARDWICK: I would say the same thing that drives me as a man drives me as an actor. I am an extremely family and community-oriented, ex-athlete-artist-activist. It all comes honest and earnest to me. I am uber-passionate and quite naturally competitive and blessed by God to story tell. So only His denial for me is thought of as denial.

monarch magazine: Tell us what we have in store for Power’s second season?

OMARI HARDWICK: Season two of Power is full of surprises that I obviously don’t want to give away, but I would say the juggling between family and pride and where loyalties lie is on steroids this season. The stakes and violence are definitely raised. Courtney and our writers did a phenomenal job of knocking it out of the park! What a ride our fans have to look forward to.

monarch magazine: In a sea of black actors, what makes Omari stand out? Why were you cast as Ghost?

OMARI HARDWICK: I would say that perhaps my exclusivity centers around the things listed in my answer to your question about what drives me. As Ava Duvernay said about me after we worked together twice now, I am a mix of all things man. Not what society has often misnomered as “man.” I am a loving edgy vulnerable soul of an 8-year-old meets an 85-year-old, who happens to have benefited from loads of differing experiences as a black man. Ghost is a lot. Unfortunately at times (smiles), yet equally fortunate for my family, I too, am a lot.

monarch magazine: Explain the character changes in Ghost? What will be the same and what is changing for his character?

OMARI HARDWICK: The stakes are raised and the clock is ticking for Ghost to line up and acquire all he wants in season two. Ironically, the same things that appear to be the same for Ghost this season vs. last are equally the things that will prove to be different for him. I would say we find him definitely more ruthless this year, more “by any means necessary,” as Courtney and other producers have challenged of me.

monarch magazine: Essentially, Ghost is black man looking to change his course in the world. What words of advice to other black men do you have who are desperately trying to change their lives?

OMARI HARDWICK: I would say for men in general because of our natural instinctual high level of pride, looking deep into the mirror and learning to first pick yourself apart and admit to where you have fallen would be the place to ignite this change. For black men perhaps we have to dig even deeper in learning first WHO we really are (other cultures of men don’t have to contend with this challenge in the same way). It could sound hokey, but it is so true that we as men of color have to figure out who we are, who we were, from whence we came to even remotely execute who we want to truly be and where we truly want to go.
And lastly, ain’t no going if you don’t have God riding shotgun. Take care, Monarch, and good chopping it up with you. 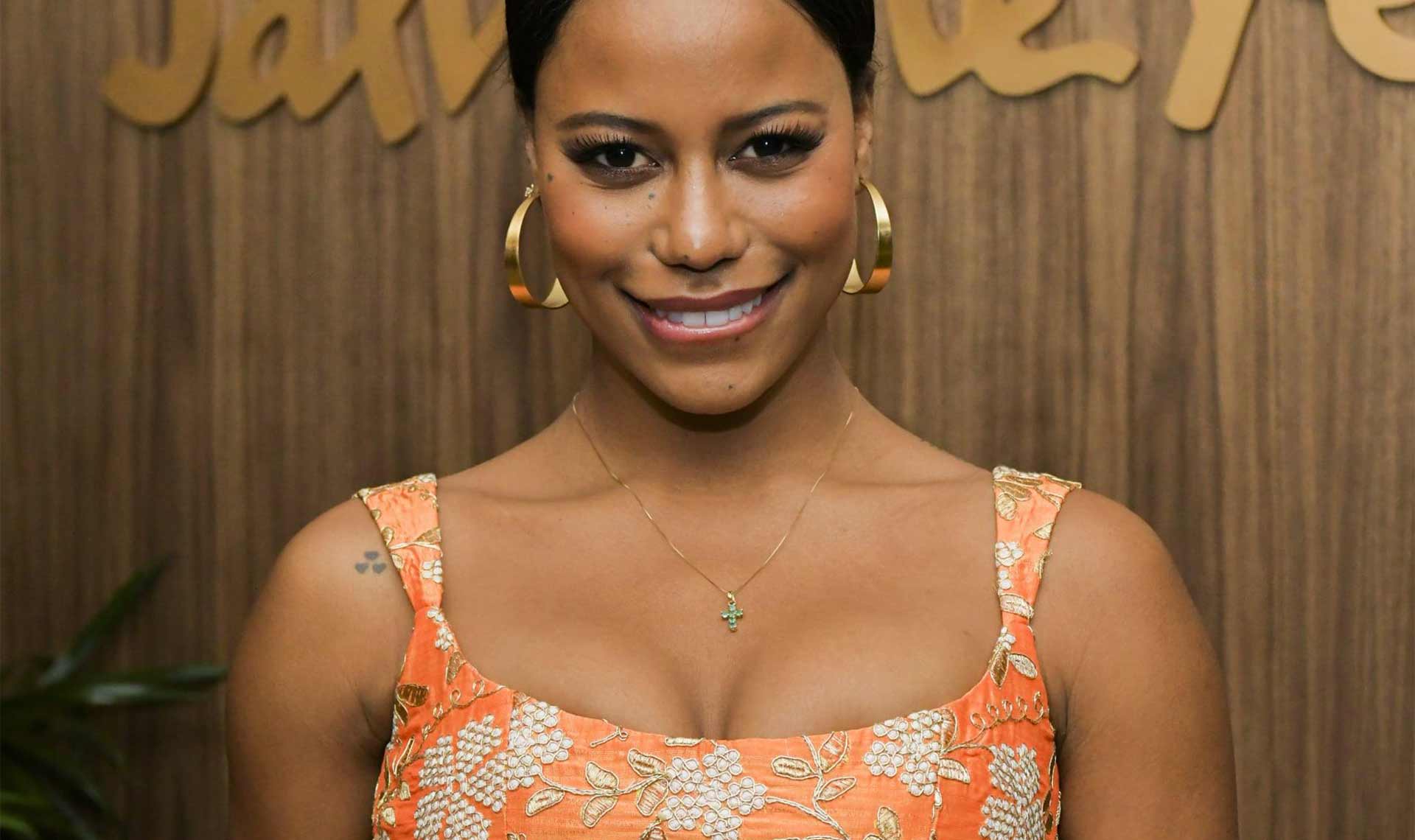