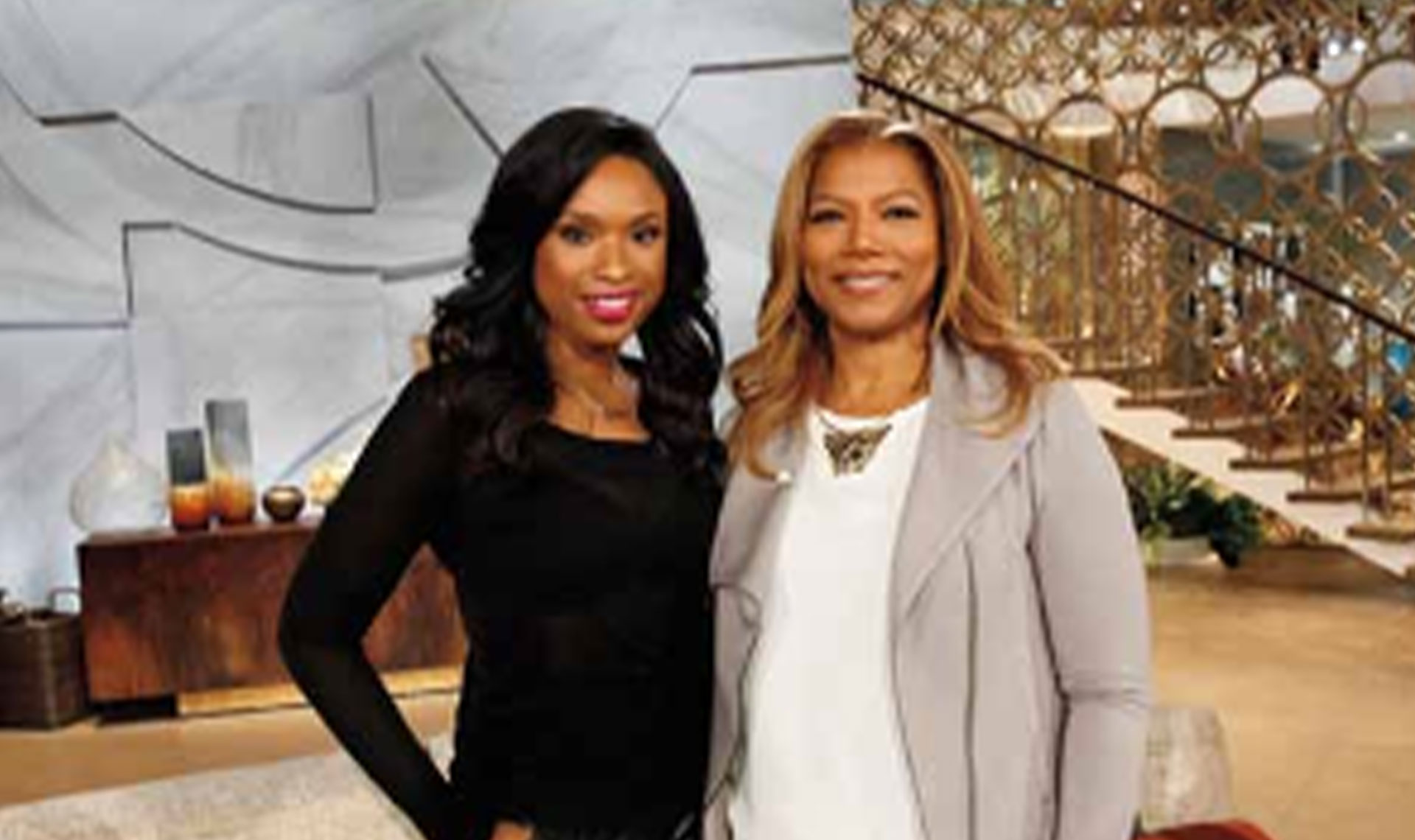 There’s a lot to Dana Owens

With over 40 box office hit starring roles, countless peer and industry acknowledgements and a business empire that includes artist management, film and television production, digital content, a record label, and spring water, Queen Latifah has transformed herself into one of the most potent brands in entertainment.

But that potency retains its power if her fans remain convinced that the brand they are purchasing somehow genuinely reflects Queen Latifah and her tastes. It’s the reason why brands include Cover Girl, Pantene, Zyrtex and most recently Cricket Wireless who have asked her to represent them to the masses. “I’ve been very fortunate to have a great fanbase that’s allowed me to experiment,” Queen Latifah explains late one Thursday afternoon. She’s sitting erect on a couch in the Michelle Obama area at the Queen Latifah Show set on the Sony Studios lot sharing her work ethics and coping mechanisms with a small group of nine bloggers.

In every show monologue, as in her many characters, Queen Latifah is inclined toward positivity and a go-get-it enthusiasm, the comfortable expression of complicated achievements, delivered with A-List flair. It has been a hard-earned comfort, yet graced by a queen’s touch. “Some people defer their dreams too long. I think one of the best things that came from the economy tanking is that a lot of people lost their jobs and did not know what to do, but had all of these dreams and had all of these ideas,” expresses Latifah. “I believe the economy forced people into taking a chance and trying something new. Whether it was starting over and readjusting, and a whole new passion. I think that’s so important.” After a typically jam-packed shooting day that included an interview with Janelle Monáe, a lively performance, and an audience toy giveaway where hand-selected media bloggers sat in the audience, Queen Latifah is a regal figure, even in relative repose. The audience has gone and the rows of seating are hollow in front of a dimly-lit set as the end of the day sets over the Queen Latifah show. “I think shows need time to breathe. Anyone who takes on a talk show is running the gauntlet and taking a chance,” says Latifah. “Many of them don’t work and some of them do … in the meantime I’d do some movies, make some movies, and keep juggling other balls.” Queen returns to the narrative of what is her grind in the talk show world. We’d later learn that Sony Pictures Television didn’t renew her third season contract and the Queen Latifah Show would end production at the end of 2015.

The journey to prime time began on the rugged streets of Newark, New Jersey, and now the journey continues on movie sets and in boardrooms, in posh homes and VIP hideaways around the world. Life for Queen Latifah is all good.

“I’ve been doing what I’m doing for 20-plus years now and I’m re-inspired by the people that say I inspire them,” Latifah explains. “I don’t take this lightly or take it for granted and appreciate all the support that I’ve gotten from every crazy thing that I’ve tried to do through the years. People at least give me a chance to try and I just appreciate that. And sometimes you have to lose to appreciate the win.”

Never stop taking chances might stand as a succinct summary of Queen Latifah’s philosophy of success. The notion goes back to an old saying, “In the end, we only regret the chances we didn’t take”; but for Latifah it has an urgently contemporary meaning. Even, or perhaps especially, in recessionary and downsizing times, amid the thousands of entertainment executives, producers and crew members now having to figure out what’s next for them – it’s what separates working Hollywood from non-working Hollywood.

In conversation, Latifah’s speech is slower, calmer, and more deliberate than in the scripted, journalistic, and often incendiary conversations that have made her a beast in the world of celluloid, a woman whose name leads to box office sales, and staying power which has elevated her above all but a handful of potential rivals. She’s a gracious and genuine interview, quick to laugh with you in a friendly way to emphasize a great memory in her past.

But as laid-back and accessible as she seems, she also exudes a calm air of confidence. She doesn’t need to be aggressive or impose her will in a disrespectful manner. Half a dozen people are floating behind the camera and around the studio, ready to read any sign of need or impatience on her part. She’s cooperative and congenial in the way that only someone who knows she can immediately put an end to any experience that moves in an unpleasant direction can be. “The Queen” she calls herself, echoing the name of the most respected woman in the land. She anointed herself “Queen Latifah,” knowing her greatness even back then.

Perhaps there is a distinction to be drawn between Queen Latifah, the uplifting singing MC who to this day engages in raw exchanges with musical guests performing on her show looking to see her skills, and Dana Elaine Owens, the businesswoman who cofounded her own management and label with partner Shakim Compere, Flavor Unit, in 1989 and served as CEO while helping launch the careers of Naughty By Nature, LL Cool J, Faith Evans, SWV, Terance Howard and OutKast among many others. Music was always her first passion and still remains so since she single-handedly launched her music career in 1988 with her first single, “Wrath of My Madness,” and then let hip-hop know this wasn’t just a man’s world with the release of her debut album, All Hail The Queen. Soon after, Latifah collaborated with rapper Daddy O for her single “The Pros.” Two years after the release of her first LP, the Queen dropped her sophomore album, Nature of a Sista; but it was her third studio album, Black Reign in 1993, that made the biggest impact of her early music career. With the release of this album and her chart-topping single, “U.N.I.T.Y.,” Latifah created the ’90s female anthem and came in No. 1 on Billboard’s Hot Dance Music/Maxi-Singles Sales chart and No. 2 on the Hot Rap Singles chart. From there, Latifah went on to release four more albums over the next 11 years in the midst of taking Hollywood by storm.

Now she accompanies an A-list of the uber-famous and uber-powerful with an estimated net worth at $45 million. If that doesn’t seem enviable enough, in February Queen Latifah will portray Bessie Smith in another HBO collaboration. “Bessie is going to be amazing. Bessie Smith was a huge blues singer from the 1920s and 30s. She was one of the highest paid entertainers of her time, and one of the first people to cross racial barriers in terms of an integrated audience,” says Latifah. Pariah’s Dee Rees penned the script and directed the telepic for HBO. As executive producer, Flavor Unit Productions and Zanuck Co., along with author Chris Albertson and HBO Films, brought the blues singer to life. “She was fierce; she was fearless and powerful. She was faulted in many ways. She was vulnerable and it’s been really interesting to step into her shoes and tell her story.”

Queen Latifah, like Bessie Smith in her day, moves in exclusive circles of all types; studio executives, actors, designers, politicians, rappers, captains of industry, and athletes all want to get next to her. She has developed an easygoing manner and core business team that enables her to cross these cultural boundaries in ways that make her seem accessible but still dignified, always aware of who she is. “Without a doubt, my business partner and best friend Shakim is the person that has allowed me to do what I do,” says Latifah. “He’s had my back from the beginning and I trust him with my life. I couldn’t do any of this without a strong team. They are essential to survival on a daily basis and I’ve known them since before I was Queen Latifah, when I was ball-playing Dana. I couldn’t do this without them.”

Growing up, however, Dana Owens was far from the likeliest candidate for this sort of mind-boggling success. She was always recognized as bright. Even today, the first word anyone who meets Queen Latifah invariably uses to describe her is bright; and in her household growing up, education was key. Her mother, Mrs. Owens, was a school teacher at Irvington High School where Dana fell in love with basketball and team sports. “I got a soccer ball as a Christmas present as a kid … and I took that soccer ball straight to the basketball court in the projects where I lived and just started shooting layups,” remembers Latifah. “I was never talented enough to play professional basketball. It’s just something I enjoyed, and I had the good fortune of playing on a team that won championships. So I knew early what it felt like to work as a part of a team. And to be a winner.” Many people associate the classic mid-90’s gangsta film, Set It Off, as Queen Latifah’s first on-camera role, but she actually first touched the big screen before that as Lashawn in Jungle Fever. While that role may not have been memorable, she returned to the screen that same year as Zora alongside Kid ’n Play in House Party 2. But it wasn’t until two movies later — Juice and My Life — and her first television cameo with Oscar-nominated actor, Will Smith on Fresh Prince of Bel-Air, that she found her breakout role as Cleo Sims—the loud-talking ringleader that convinces her three friends to rob banks so they can get out of the hood—in Set It Off.

But she found a loyal fanbase on the set of Fox’s Living Single where she played Khadijah James. The show followed the lives of six friends living in Brooklyn, New York, and aired for five seasons. “One of the things that I truly believe in is courage,” says Latifah. “It’s something that I grew up reading about in Maya Angelou poetry and from my grandmothers and uncles and especially my mother. You have to step out in faith and just believe that you can do it. It’s what I live by and what really pushed me into acting after my music career. You have to have courage to go blindly into something that you have no idea about the outcome.” Latifah starred in eleven films, including as the Oscar-nominated Matron Mama Morton in Chicago. Since then, Queen Latifah has starred in 25 films including Hairspray, Secret Life of Bees and Mad Money, to name a few.

“Queen Latifah – that brand has outgrown Dana Owens a long time ago. But I think you get the core of who I am,” says Latifah. “I’m a person who has a lot of love and a very active imagination. I’m still a dreamer and I still love music and I also love TV … and I love my family and my friends who hold me down. There’s a lot of Dana Owens.” 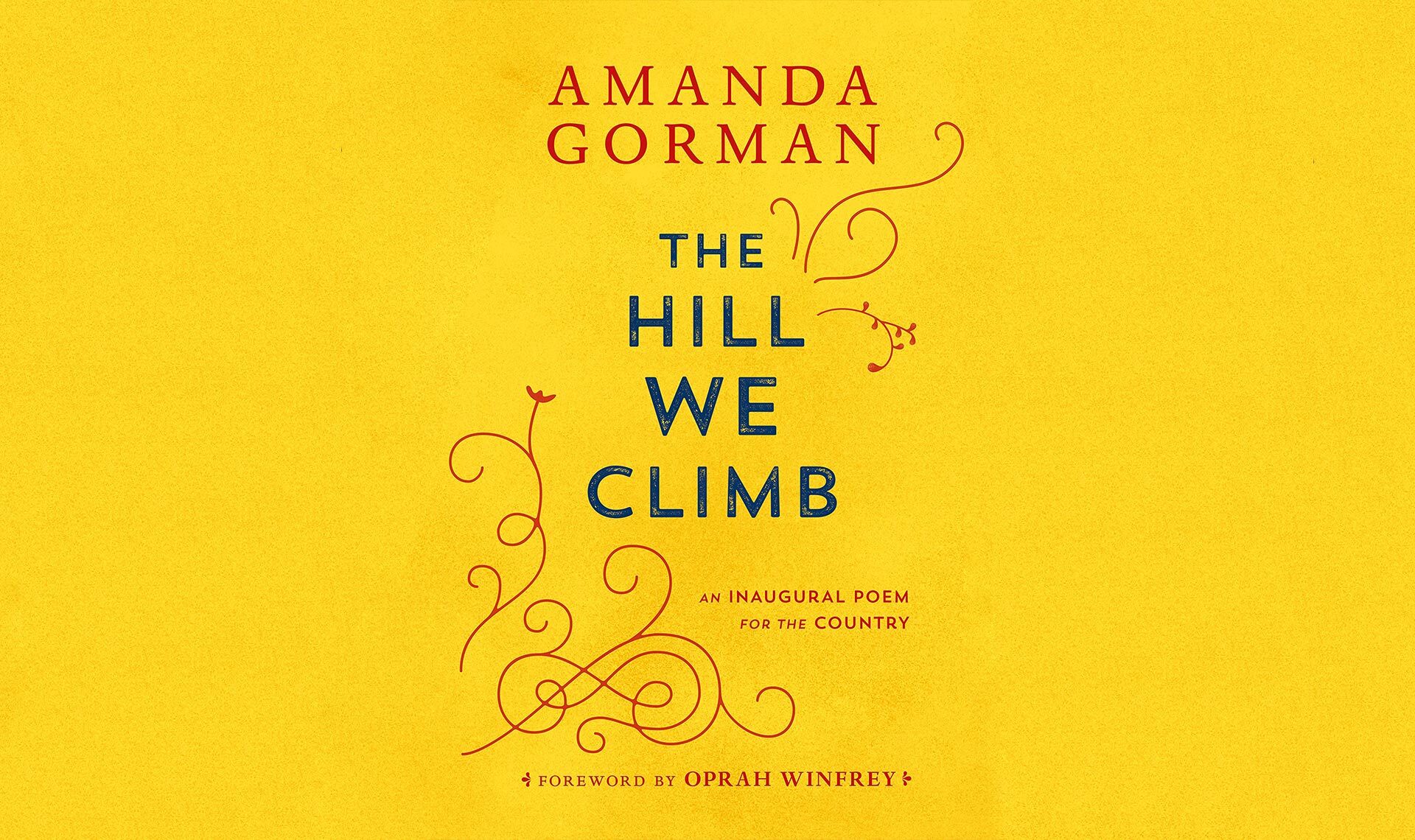 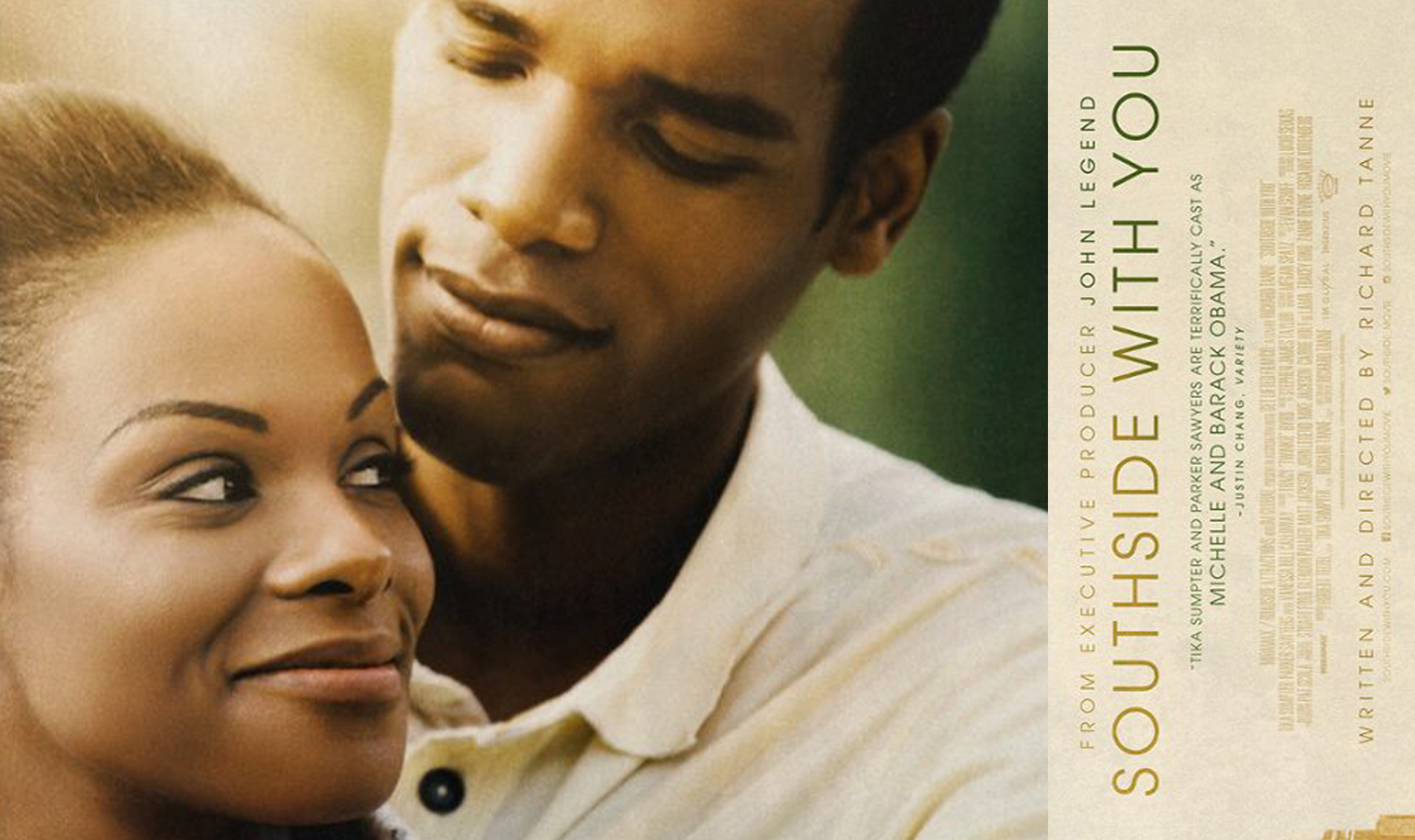 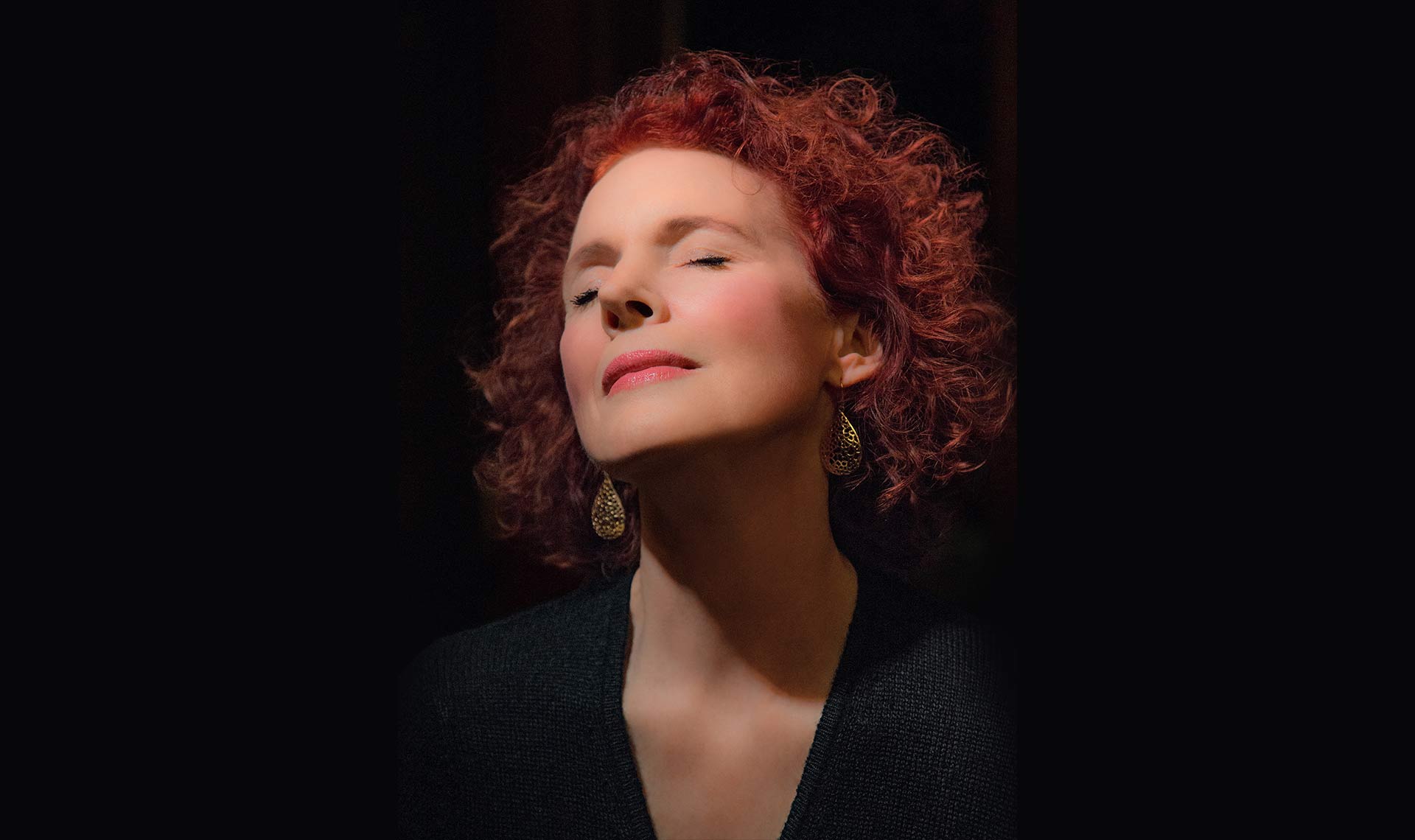