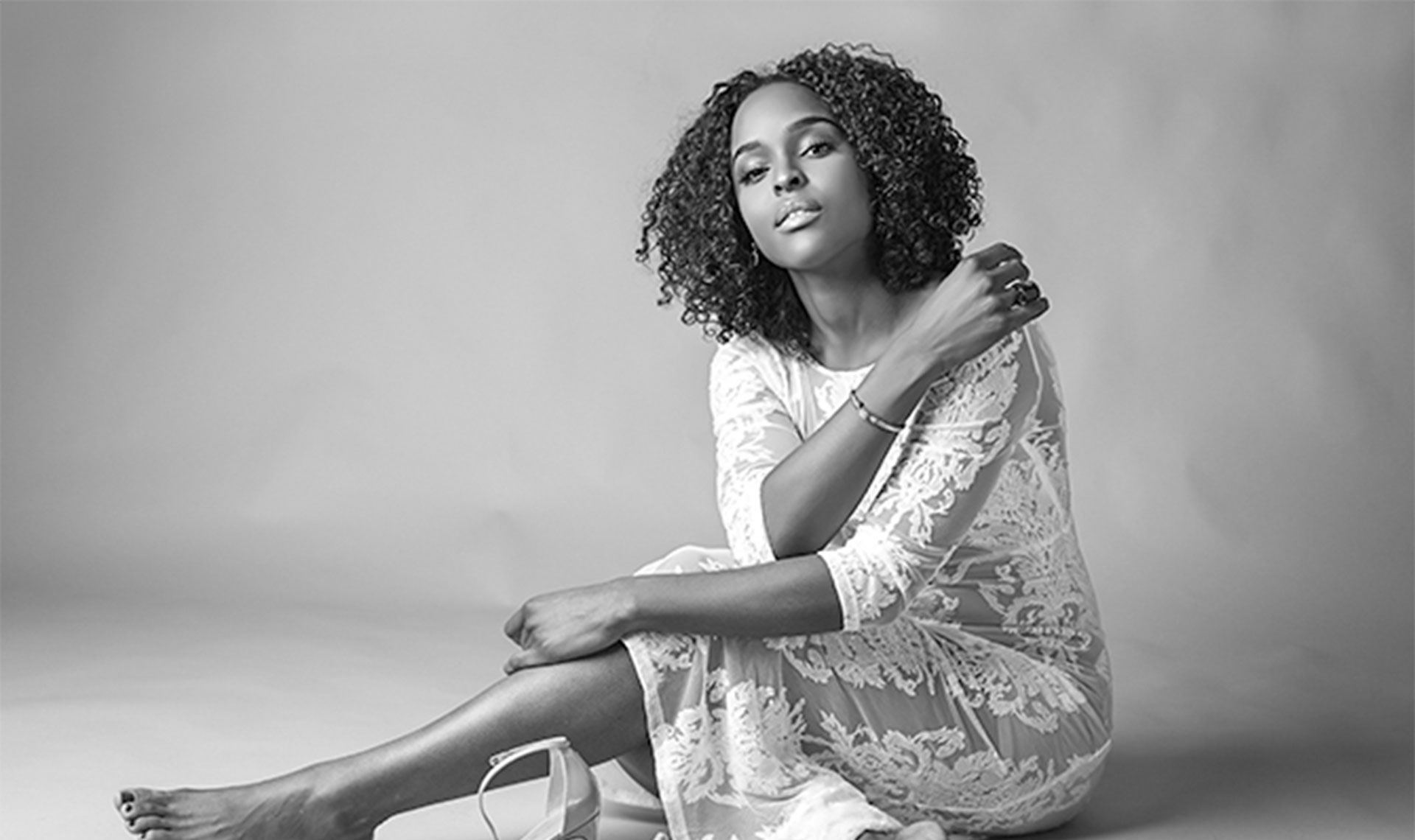 PERFECT TIME FOR A POST-RACIAL CHECK

Actress and producer Antoinette Robinson has been described over the last few years as intelligent, purposeful, and passionate and an undeniable talent at her craft!

Her current project places her starring in the highly anticipated Netflix comedy series Dear White People. Based on Justin Simien’s acclaimed indie feature, the series chronicles the lives of several black students at a predominately white, Ivy League university as racial tensions spike, and is a send-up of “post-racial” America that weaves a universal story about forging one’s own unique path as Coco Conners, an economics major at the university (and bombshell) who is baffled by Winchester’s hierarchy of blackness that favors natural hair over the “good hair” she bought.  Dear White People is slated to premiere on April 28, 2017, and joins Orange is the New Black as Lionsgate’s second original series for Netflix.

Monarch: What brought Dear White People on your radar?

ANTOINETTE ROBINSON: The awesome movie, I loved it!! I went to see it in theaters and knew it was special right away.

monarch magazine: With the current release of projects that deal with, let’s say, subliminal racism, do you think this will increase the viewership of Dear White People?

Antoinette Robinson: It’s possible that given the current social and political climate, people at a higher level of consciousness regarding race relations might find comfort in Dear White People. At least I’d like to believe so. It truly is well written, directed, filmed, edited, etc., and it will inform, encourage, and inspire those open to its message.

monarch magazine: What is your take on prejudice and racism in and out of Hollywood?

Antoinette Robinson: Racism and prejudice are alive and prevalent in and out of Hollywood in my opinion. However, it is so beautiful to see the recent emergence of diversity in film and television. I’m hoping Hollywood gets the memo and is now aware that people of color and their stories are valid. Our stories contribute to this art, and to the world for that matter, and the value of how we are represented should be as much a concern as their box office bankability. Further perpetuation of stereotypes and false narratives contribute to a racial divide and it’s my hope that we heal from the scars of our past and create a society reflective of true equality. Hopefully, one day, free from racism and prejudice.

monarch magazine: What are you currently binge watching?

Antoinette Robinson: I’m currently binge watching This Is Us, Chewing Gum, and No Tomorrow.

monarch magazine: What’s next on the horizon for you?

Antoinette Robinson: I’ve written and am now producing my own independent series….I am so excited about embarking on the journey of creating behind a camera as well! Actor Morocco Omari has many credits and being a U.S. Marine is one of those credits.

He makes his appearance on this season’s Empire.

As the half-brother of the infamous leader of the family, Lucious Lyon,

Morocco (Tariq) will learn up close, in person what it means to go up against an EMPIRE!!

Monarch: Your introduction to acting is very, very unique.
Please if you will share how acting helped you cope with PTSD?

Morocco Omari: Theatre gave me an outlet for that rage and adrenaline. I’ve played a few intense characters and I used the theatre, yoga, and acupuncture to help with the PTSD.

monarch magazine: How is the experience of working on a show that is so notable and highly favored by fans across the U.S.?

Morocco Omari: It’s amazing, there’s so much love for the show…not so much for my character though, lol. The public loves Cookie and Lucious so much that for any character to come after them is this anti-hero. Empire has a long reach, I was down in Barbados and this woman from England came on the boat to rest because she was snorkeling. She took off her goggles and was like, “OMG, you’re the detective from Empire!” I was just in South Africa, Mozambique, Namibia, and Zimbabwe and there’s love for this show. They are watching on the Continent and they are loving it, it’s huge.

Morocco Omari: Andre Royo is the funniest cat on the set. One moment in particular was the finale of season 2, we were rehearsing the scene when Lucious finds out that I’m his half brother. We’re reading through the scene and Terrence Howard stops and says, “Wait a minute, so this dude is my half brother?” Everybody got silent and started laughing. Terrence adjusted and played the hell out the scene.

Mmonarch magazine: How do you feel about the current political administration?

Morocco Omari: I can’t. I’m disappointed. I barely even watch the news. It’s a reality show.

Mmonarch magazine: Where does Morocco go from here? (Please talk more about your directing, writing, etc.)

Morocco Omari: I want to build a bridge between African artists and African American artists. There’s so much talent and stories to be shared. I have a pilot that I’m shopping, I’m gonna direct a music video for this artist Taylor Iman, I’m launching a web-series that I wrote and directed, and I’m gonna do a play called Pipeline at Lincoln Center this summer.