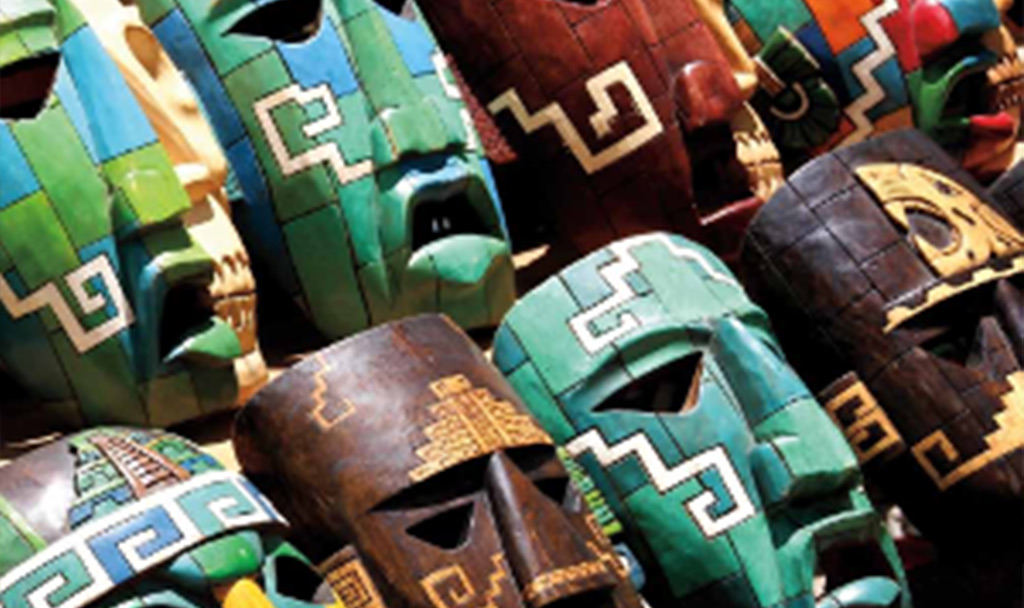 Mexico City: A Rich History Spanning Back Through the Ages of Time

A rich history, an impressive art scene, a dynamic street culture and some of the best food in Latin America.

Mexico City is fast becoming one of the world’s great capitals. A population of 21 million, with a visitation of 12 million. Mexico City is a fascinating capital that beguiles its visitors with endless options. One of the largest metropolitan areas in the world, with 16 boroughs and more than 300 neighborhoods, it might seem a bit overwhelming to the first-time visitor, though it doesn’t have to be. Many of the most-visited tourist attractions in Mexico City are concentrated in the historic center, including the Plaza de la Constitución or Zócalo, the National Palace, Metropolitan Cathedral, Templo Mayor, Palace of Fine Arts and Alameda Park. A few blocks north of the Palace of Fine Arts, Plaza Garibaldi is one of the best places in Mexico City to hear live mariachi music.
Located west of the historic center, the Plaza de la República is home to the newly-refurbished Revolution Monument and National Museum. Chapultepec Park, the largest in Mexico City, is divided into three sections and is home to several of the capital’s top tourist attractions, including Chapultepec Castle, the Modern Art Museum and the National Museum of Anthropology. Keep in mind that, with a few exceptions, most museums and archaeological sites in Mexico City are closed on Mondays. You’ll also want to explore the neighborhoods of Zona Rosa, Roma, Condesa, Coyoacan and San Angel. Home to lovely parks, plazas, shops, markets, cafes and some of the top tourist attractions in Mexico City, these artsy neighborhoods are especially popular among visitors to the city and foreign residents. Nearby, in the trendy posh neighborhood of Polanco you’ll find some of Mexico City’s top nightspots and chic restaurants.

Further south, the University City campus of Mexico’s National Autonomous University is known for its modern architecture and impressive murals that are the work of some of Mexico’s top artists. The University Cultural Center hosts a variety of events and performances.

Once the ancient Aztec city of Tenochtitlán, Mexico City was originally constructed in the Valley of Mexico over the ancient Lake Texcoco. The Aztecs built an intricate network of canals to navigate the city. After the arrival of the Spanish in 1519, most of the Aztec structures and canals were destroyed and replaced with modern roads and buildings.
History buffs will find the best remaining examples of ancient Aztec city planning in the southern Xochimilco borough of Mexico City and north of the city at the Teotihuacán archaeological site. In Xochimilco you can hire a colorful trajinera (wooden boat) to tour the canals and gardens. Plan a day trip to the ancient Aztec pyramids at Teotihuacán, located 50km (31 miles) northeast of the city.

A kaleidoscope of eras and mementos, of new experiences and splendors from past centuries, that is Mexico City. Here you can jump from one era to the next by just walking across the street. From the mysterious remains of the pre-Hispanic towns found right in the city’s heart, such as the Templo Mayor, you can go to the colonial era with its endless temples and beautiful houses built of red volcanic rock, and patios with arches and water fountains. At sunset, the best option is to get pampered at a restaurant or bar in the Condesa district, a neighborhood with a captivating Art Nouveau style; or at Coyoacan, a peaceful colonial neighborhood nestled along gardens and avenues that help you forget about the hectic life of such as a large city.

Things to Know before Visiting Mexico

Requirements for Entering the Country
To enter Mexico, all tourists need to have a permit called Customs Form for Tourists, which is valid for 180 days. This document is available at airline offices, travel agencies or Mexican ports of entry. Each passenger must be provided with one.As of 1999, a Non-immigrant Tax (DNI) is charged in Mexico, which is intended to promote tourism and improve immigration services. This tax must be paid upon leaving the country. Its cost is 294 pesos.

For more information, visit the National Immigration Institute’s webpage at www.inm.gob.mx. Legal, permanent residents in the United States or Canada do not need a visa to enter Mexico.

Other Requirements
In addition to their personal items, all passengers entering Mexico may carry a maximum of $300 dollars in merchandise; otherwise, they will have to pay a fee. All baggage is subject to review by the Mexican customs authorities.

Here are the telephone numbers and websites of two agencies that may be helpful during your trip.